We live in strange times. Self-isolation and quarantine are part of our everyday lexicon; living in lockdown is a necessity but not any less dystopian for it. Zee5’s new original, State of Siege: 26/11, is perhaps an apt fit for the entertainment bouquet for those staying home in times of coronavirus.

The show takes you back to those 60 hours in 2008 when a wounded nation watched as terrorists held it to ransom. Before it was all over, more than 165 were dead and more than 300 injured; the physical and emotional injuries would take years to heal.

The show itself begins with the National Security Guard struggling amid budget cuts. As the army does all the heavy lifting, they have to deal with the rationing of weapons and the absence of equipment. While their requests fall on deaf ears, a group of terrorists, barely out of their teens, sneak into Mumbai with trekking bags loaded with weapons and ammunition.

The makers build up the plot at their own pace as they divide the stories into episodes, including one on the making of the only terrorist caught alive – Ajmal Kasab. The opening inadvertently brings back memories of 2006 film Yun Hota Toh Kya Hota on 9/11 as the subjects go out to fulfill their dreams, unaware of what’s to come. It, however, sticks to the topic at hand and doesn’t lose focus.

State of Siege 26/11 manages to make the cut and stand alongside Netflix’s The Family Man and Hotstar’s recently launched Special Ops. After rolling out Kaafir and Code M, Zee5 seems to be catching up with its competitors in terms of creating original content. The creator neither over-dramatizes the terror attacks to pump up patriotism nor fictionalizes it. Based on Sandeep Unnithan’s Black Tornado: The Three Sieges of Mumbai 26/11, the show doesn’t give in to the usual trend of making the lead actors stay in the spotlight. Arjan Bajwa doesn’t engage in over-the-top action as he takes the command of his NSG commandos. Arjun Bijlani plays his part well and so does other actors who play the police, Marine Commandos, and NSG. Mukul Dev, as the ringleader of terrorists also plays his part well. 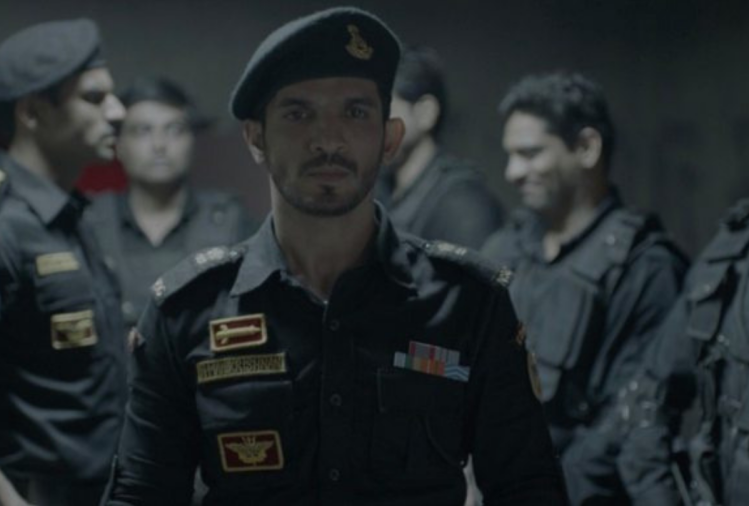 The show arrives 12 years after the dastardly Mumbai terror attacks and asks some important questions. From highlighting the lapses due to poor communication among various task forces to touching upon the web of protocol, the show reminds the concerned authorities if the gaps have been filled? Can we tackle such a situation more tactfully if needed? The show also brings the role of media in question whose live reporting of the event kept the handlers of the terrorists informed.

The makers do try to keep the mistakes to a minimum when it comes to showing India about a decade back, right from the classic Nokia and Blackberry handsets to PCRs. While a few glitches here and there – a woolen overcoat in November or a laborer with a professionally pinned up hairdo is hard to miss, the usage of natural light and real locations adds to its credibility.

Its sensitive approach also deserves a mention as it touches upon how young minds stand numb as they witness the dark realities of an unjust world. The absence of their reaction makes it even more puzzling to imagine how they would live with the shock which they couldn’t absorb in real-time. Terror attacks aren’t incidents, they destroy much more than what is visible to the eye. This one is the perfect food for your hungry mind in these times of self-restraint.

Check out our video review:

READ MORE: Movies that will blow your mind

TVF Cubicles: Here are some life lessons to take from the show