Sanjay Mishra is a famous yet underrated actor. Known for his comedic roles in the…

SHOWS THAT YOU MUST WATCH IF YOU LIKE BREAKING BAD

JUNE 2020-SHOWS AND MOVIES TO LOOK FORWARD TO

2020 is getting crazier each day. All of us have been stuck at home for…

Movie: Spelling The Dream Release Date: 2 June 2020 Available on: Netflix ABOUT Spelling The…

What To Watch This Week On Netflix, Hotstar+Disney, Amazon and Zee5

10 new shows and movies on Netflix, Amazon Prime Video, Disney+ Hotstar, SonyLIV and Voot Select that are releasing this week

After Paatal Lok, Anushka Sharma’s next production Bulbbul is all set to join the list of Indian shows and movies on Netflix. This horror or supernatural thriller film is directed by Anvita Dutt and features Tripti Dimri, Avinash Tiwary, Rahul Bose, Paoli Dam (of Kaali fame) and Parambrata Chattopadhyay in lead roles. Anushka Sharma’s tweet describes this film as a “tale about self-discovery, and justice, wrapped in lore, mystery and intrigue”.

Among all the underrated shows and movies on Netflix, this one took the cake. Dark was the first German web series ever to be created for Netflix and it has been making waves internationally. Its sci-fi nature is such that the entire story has been told in a loop, which means the beginning is the end and the end is the beginning. With the finale releasing on June 27, 2020, fans are finally set to get an answer to all their questions.

This Manoj Bajpayee-starrer shows the talented actor essaying the role of a retired cop. The movie, which is soon releasing on SonyLIV, is based in the time when political pressures in Maharashtra was forcing migrant labourers to move out of the state. It also features Hathoda Tyagi aka Abhishek Banerjee of Paatal Lok fame. The trailer promises a gripping thriller. Not to be missed, this one.

Ever since this Joseph Gordon-Levitt film hit the theatres last weekend, it has been among the most trending movies on Amazon Prime Video. It tells the story of a pilot who fights to maintain control of the cockpit when his plane is hijacked by terrorists. If you want something to give you a thrill this week, pick 7500 out of all the shows and movies on Netflix, Amazon Prime Video and the other streaming platforms. 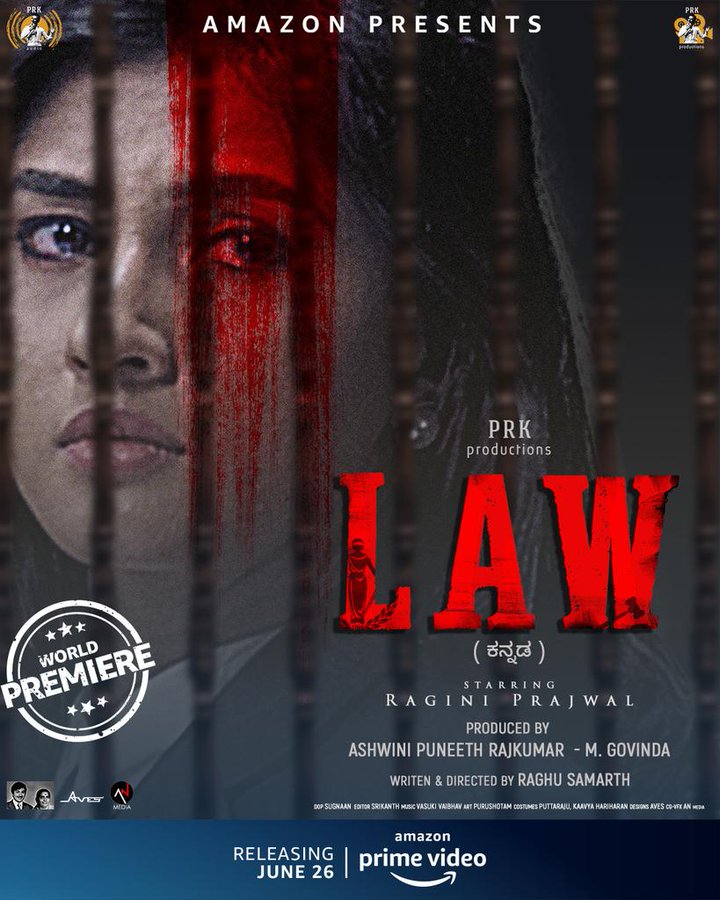 Law, which sees the debut of actress Ragini Chandran, follows the story of a law graduate who is fighting her own case in the court. It also has veteran actor Mukhyamantri Chandru play the role of a judge. Law, which is also set to join the list of new shows and movies on Netflix, Amazon Prime Video and the other streaming this week, is directed and written by Raghu Samarth.

This neo-noir crime film is written, produced and directed by Edward Norton, who also stars in the film. Also starring in the movie are Bruce Willis and Alec Baldwin. Based on the novel of the same name by Jonathan Lethem, the story follows the life of a private detective with Tourette Syndrome, who is hunting for the person responsible for the murder of his mentor. Norton had been working on this project since 1999 and this movie was in production for 20 years, before it was released last year in August. Don’t skip this one.

Perry Mason joins Disney+ Hotstar’s roster of new shows and movies releasing this week. The series is centred around American fiction’s most legendary criminal lawyer Perry Mason. It is focused on a case that persuades him to chase the truth relentlessly as it may be his path to redemption.

This six-episode show is based on the book of the same name written by Michelle McNamara, who investigates a violent predator called the Golden State Killer. This man terrorised California in the 1970s and 1980s and is believed to be responsible for over 50 rapes and 12 murders. Not only does the docu-series focus on this serial killer, but it also shows McNamara’s obsession with the unsolved cases.

Ford vs Ferrari is the answer to what happens when two Oscar-winning actors come together to recreate history. This film is the true story of American car designer Carroll Shelby and a fearless driver, Ken Miles. Together the two built a revolutionary race car for Ford Motor Company by defeating an Enzo Ferrari at the 24 Hours Le Mans in France 1966.

This show has been produced by Simon Kinberg and the Oscar-winning filmmaker Jordan Peele. A modern take on the 1959 series of the same name, this show has pushed the boundaries of storytelling. In the second season, there are set to be 10 episodes and will continue to use introspection and self-exploration to usher viewers into a dimension filled with endless possibilities.